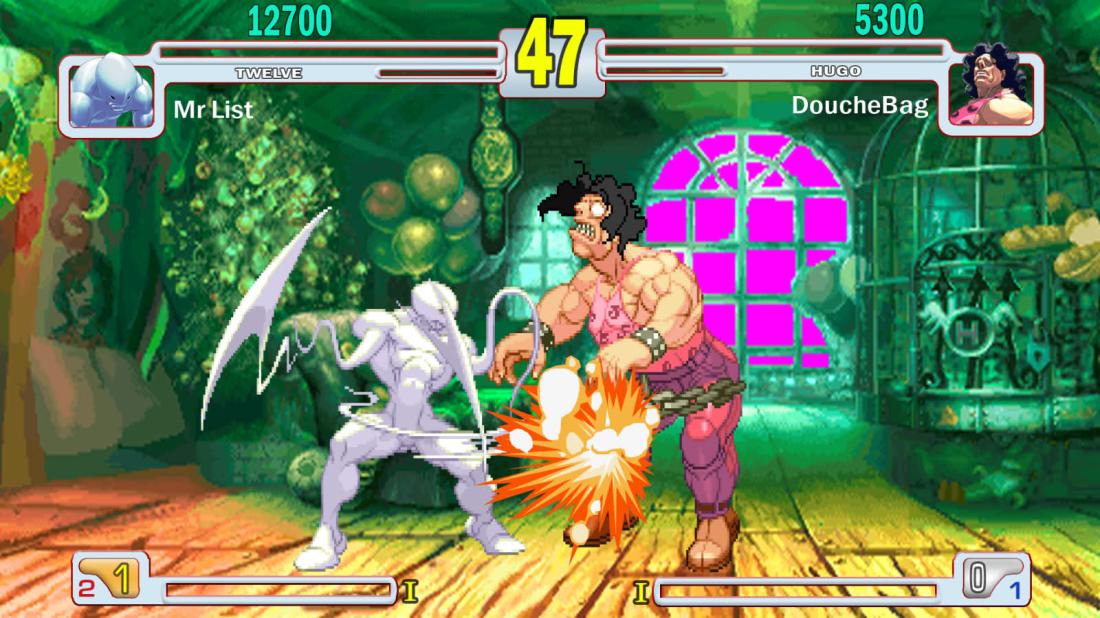 Street Fighter V has been out for about 2 and a half years now. With a lackluster, incomplete launch, the mainstream press decided it wasn’t as good as it should be. The game has since gotten more support, but a lot of mechanics that were in other SF games were simplified, causing the game to have less support from the fighting game community than Street Fighters of the past.

This sets a precedent, where the even numbered Street Fighters bring people in, and the odd ones branch out, bringing less people in. For example, SFIII was a much more technical version of SFII. Capcom added the ability to parry, which adds a level of technical depth. The parry mechanic enabled Evo Moment #37, the most famous fighting game moment of all time, but it also deterred new players, because it added another layer of mechanics that had to be mastered in order to be competitive. Street Fighter III also introduced throw techs, quick stands, dashes, EX specials, and more.

However, the change from SFIV to SFV is less interesting. SFV didn’t add depth. SFV took SFIV and gave it more aggressive gameplay, and not much else that would be remarkable to common people. It looked too similar to SFIV, and generally made a lot of missteps. It felt uninspired. And, as stated earlier, it was first released in a half-finished state.

So far, you may see why I think SFIII is cooler than SFV. But the title was about why we need less art like SFIV, not SFV. Well, that’s because SFV is in the same mold as SFIV, but less impactful. Both games try similar “gestures”, with diminishing returns.

The irony is SFIV actually has a lot of mechanics introduced in SFIII. Those mechanics were then added to SFV, for the most part. If I listed out the gameplay features of all three, they would be very similar. But, on basic levels, the games don’t feel similar. I’m not pro at fighting games, and don’t know enough about the intricacies of these games to say much more than that. But, if your analyzing fighting games, you start with analyzing gameplay mechanics, because that’s the core of the medium. Everything in a fighting game revolves around gameplay. The graphics, style, controller, interface, storyline etc, are all enhancing and branching off of gameplay elements.

When I was taking poetry classes in college, and the class would read a poem and prepare to analyze it, my (good) professors would start by talking about form and formal elements. Then we would focus on what the poem was actually about. At first, I thought this was silly. The form doesn’t make me ~feel~ anything. What the poem is “about” doesn’t even make me feel anything, it’s the way the poem is written that makes me feel something.

But then, I had some mediocre poetry professors. In these classes, we would read the poem, and the professor would go into “alright let’s talk about it”, and a student would give vague impressions. Then someone else would disagree, and give another vague impression. The discussion would start talking about feelings that are evoked by little in particular, and go nowhere, until someone realized it was going nowhere, and pulled out actual passages.

My point is the same as Marshall McLuhan’s “the medium is the message”. You can’t understand the content of a piece of media if you don’t understand why that content is within a particular medium, and what that medium does that other media couldn’t do. A good example is how different the experience of reading the Watchmen comic and watching Zack Snyder’s Watchmen movie. Snyder’s adaptation is very similar to the source material (some say too similar), but the experience of the movie and comic still feels different because they’re different mediums.

But back to Street Fighter: I think I’ve harped enough on the gameplay, and my relative lack of knowledge about it.

A video is worth a thousand words, so here are two different video clips from Street Fighter III: Third Strike and Ultra Street Fighter IV. The SFIII fight, is between Daigo, playing Ken, and Justin Wong, playing Chun-Li at Evo 2004. This match contains Evo Moment #37 (starts at the 2:34 mark) mentioned earlier. The SFIV match is between Momochi, playing Ken, and Valmaster, playing Chun-Li at Evo 2015.

The first match is the most famous fighting game match of all time, and the second is not, so it might seem like an unfair comparison. However, Momochi went on to win that year’s Evo, so he’s still a very strong example. Also, both matches use the same characters, which is an easier fixed variable than the players. Also, both players in both matches played similarly defensive styles, with a lot of “footsies,” which is what you see when the players are just outside of the attack range, playing mindgames, and intermittently attacking and blocking.

SFIII looks clean and sleek. SFIV looks busy and cluttered. SFIII looks methodical and deliberate. SFIV looks frenzied and chaotic. Again, you can base this entirely off of the clips above and don’t even need to know the games to get a “sense” of their differences. And SFV takes the features of SFIV that I highlighted and brings them to even more drastic extremes, being by far the fastest and most aggressive game in the series. 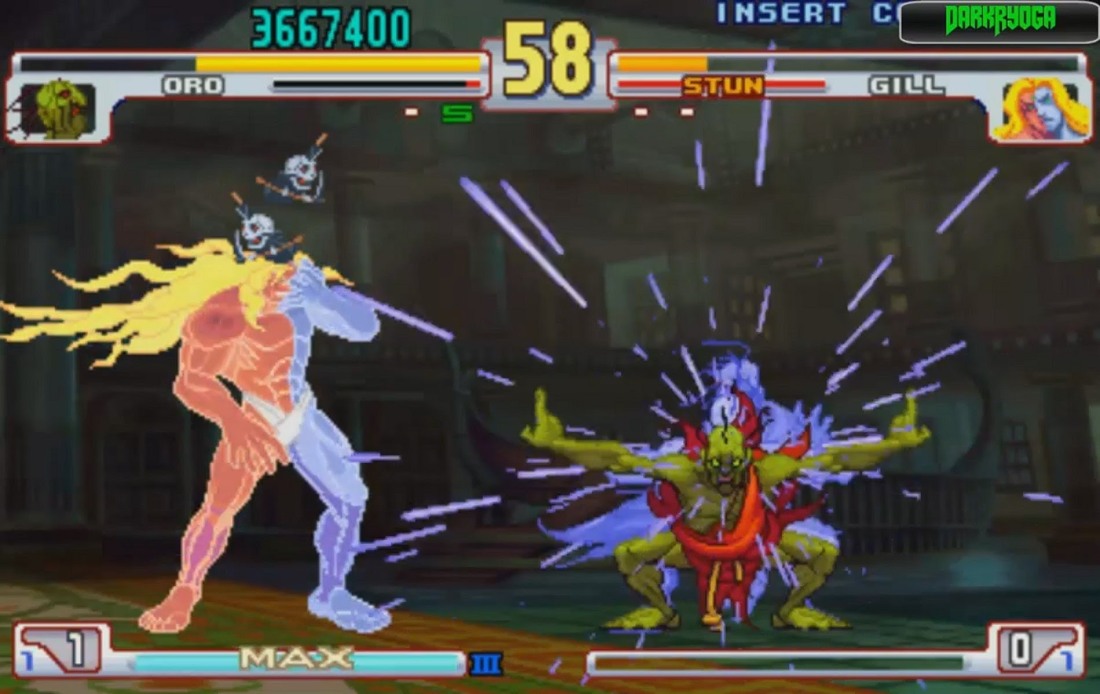 Let’s talk about the aesthetic of both though. First of all, SFIV uses 3D graphics and SFIII uses 2D sprites. That’s basic enough. On first glance, SFIV looks like the more “maximalist” version, in the sense that it’s busier. But a lot of that busy feeling doesn’t feel like more “stuff”, it feels like more particle effects, motion blur, distracting background movement etc. In contrast, I would consider SFIII much more of my “maximalist goals”. The backgrounds are beautiful and suggestive of a living world, even though they’re largely static. The characters are visually diverse, and each character’s moves are more immediately recognizable from one another.

Both games have what I consider maximalist tendencies, in the sense that they have a lot of depth, and breadth, of content.

And just for clarity, maximalism often is used to refer to specific art movements. From my experience, it’s used most to describe post-modern, Thomas Pynchon/David Foster Wallace style novels. It’s also used to describe neo-expressionist paintings, because they were a reaction to the minimalist art of the 50s and 60s. But I’m using it broadly to mean any art that pursues many themes, visual styles, with lots of characters, elements, extravagance, etc. For example, Homer’s Iliad is a maximalist poem, and Sappho’s poems are minimalist. Of course, that diction didn’t exist then, but I’m looking at minimal-maximal as a spectrum all art falls onto, rather than specific movements that embrace those singular characteristics.

As for Street Fighter, here are some art parallels I would draw: 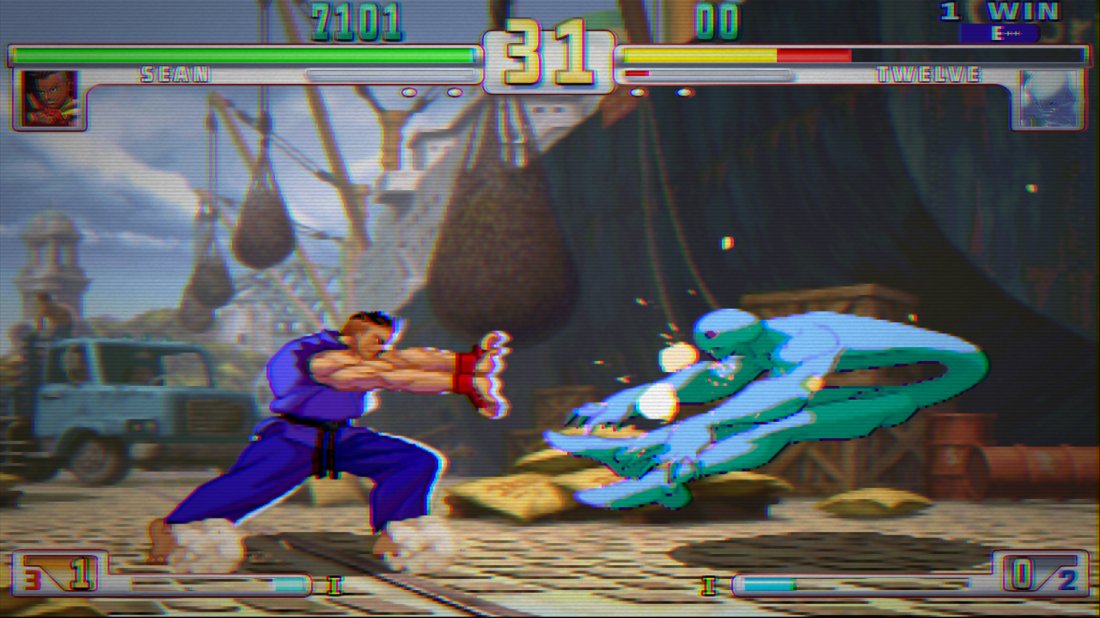 But, I will conclude with the main reason SFIII is most desirable to me: it changed everything about the game before it, in terms of story and characters. In contrast, SFIV reversed all the revolutionary story and character elements of SFIII, in order to revert to a fan service game.

When SFIII came out, this was the story: M. Bison, the corporate dictator of Shadoloo was killed. Shadoloo was destroyed. In the power vacuum, the Illuminati took global control. The Illuminati was less evil than Shadoloo, but more disseminated and mysterious. It opened up a new world where champion Ryu roamed the earth looking for battles, and strange new challengers were seeking Ryu to challenge the best in the world, as well as each other.

SFIII had Gill as a villain, who was a ripped dude in a speedo who is half red and half blue. There was Elena, who was a Kenyan princess who fought with capoeira. Q is a masked detective in a fedora and a trenchcoat. Oro is a one-armed, 140-year-old immortal hermit. Hugo is a giant German pro wrestler. Dudley is a British boxer, like 1920s style boxing, with a twirly mustache. Twelve is a “shapeshifting humanoid weapon”.

On the other hand, SFIV was more conservative in its choices. The game was set between SFII and SFIII (SFV takes place before SFIII as well). This is because Capcom had two choices: They could make a drastic leap like SFIII, where they changed most the characters, added a lot of weird ones, added lots of unique mechanics, and took visual risks.

The second choice is they could make SFIV a modern day SFII. It could be like a 3-D reboot with a similar art style, and all of the characters people love from SFII. This is what Capcom did, and it’s why SFIV has to take place before SFIII. It’s a nostalgia piece, fan service game. SFIII is an esoteric revolution in the series.

To completely change the subject, but to close out with a similar point: look at The Transformers: The Movie (1986) compared to Transformers (2007)..

The Transformers cartoon movie starts with the transformer planet called Unicron who eats other planets. We go to Autobot City, where most of the first generation of Transformers die. Optimus Prime and Megatron fight to the death. On Optimus Prime’s deathbed, he makes Ultra Magnus the new leader of the Autobots. Megatron becomes reanimated by Unicron in the form of Galvatron.

Then compare that to Transformers (2007). That movie basically feels like an “origin” episode of Transformers with 2 hours of bloat, thin character drama, and blurry spectacle.

Both of these attempts are heavily rooted in commodification. The cartoon movie functioned as a way to introduce a new toy series. The Michael Bay movie was less a commercial for toys, but more a commercial for itself, where the spectacle itself is in commodity form.

I, personally, would strongly prefer new characters, bigger ideas, weirder ideas, and general new things in media franchises, rather than pandering to nostalgia and retelling the same stories for different eras and audiences.