The U.S. is currently backing an illegal coup d’etat in Venezuela. An equivalent in the U.S. would be if Nancy Pelosi declared that the 2016 election didn’t count, Trump wasn’t really elected, and she was now president, and then Russia and China agreed to recognize Nancy Pelosi as president.

However, it’s even more insidious than that. The way the Venezuelan political system is structured so that Juan Guaido, the Nancy Pelosi in this scenario, is relatively unknown to the general public.

More specifically how this works, is following Hugo Chavez’s election to president in 1999, he nationalized the oil companies. The idea behind this is Venezuela is one of the most oil-rich countries in the world. Chavez realized that this oil was making Venezuela immensely rich, at least by Capitalist measures. However, the only function that oil served was making private capitalists, domestic and abroad (mostly in the U.S.), much richer. So Chavez nationalized the oil industry, with the principle that the “profit” from the oil could benefit everyone.

The U.S. has control over international trade, so they limit who Venezuela can trade with, or if they can trade at all. Not only that, but through sanctions, Venezuela can’t do business with financials outside Venezuela. 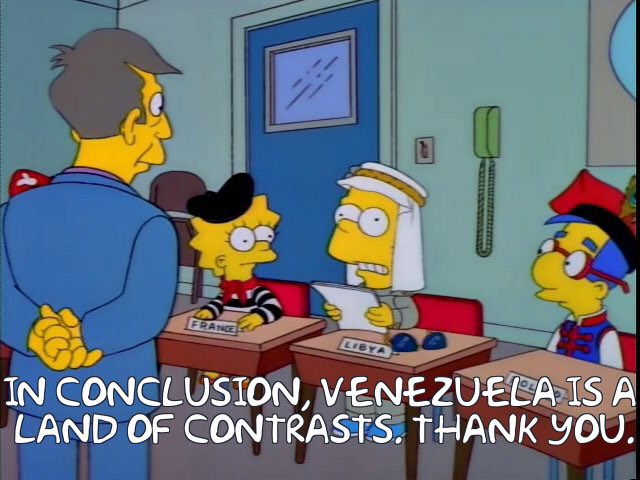